"The core logic of continued price increases is that on the one hand, the demand side is strong, pushing prices higher, and the gap between supply and demand has increased; on the other hand, the political instability in Myanmar affects supply." Insiders told the China Securities Journal reporter.

The application end is mainly neodymium iron boron, involving new energy vehicles, wind power and other fields. According to data released by the China Association of Automobile Manufacturers, in January, the production and sales of new energy vehicles were 194,000 and 179,000 respectively, a year-on-year increase of 285.8% and 238.5% respectively. New energy vehicles have set a single-month historical record for sales for 7 consecutive months. Wanlian Securities quoted GWEC data as saying that in 2020, the global offshore wind power installed capacity reached 6.07GW, China accounted for 50.45%, ranking first in the world for three consecutive years; the global cumulative offshore wind power installed capacity 35.20GW, China accounted for 28.12%, second only to United Kingdom. The above-mentioned industry insiders told the China Securities Journal that from the supply side, the current domestic separation of dysprosium oxide is about 2,300 tons, which is basically in balance. The separation volume of terbium oxide is about 350-360 tons, and the gap is about 20-30 tons.

Significant increase in demand: Some organizations said that the core logic of this round of rising rare earth prices is demand support, not speculation or policy purchasing and storage factors, which is fundamentally different from past price increases. At present, according to the demand for praseodymium and neodymium oxide and dysprosium terbium oxide, it is converted to ROE. According to the current mineral, import and recycling capacity, it is expected that there will be a shortage of supply in 2021.

The above-mentioned industry insiders told the China Securities Journal reporter that according to their research, the current purchases of downstream companies are normal, which means that downstream companies transmit cost pressure to the terminal. The market expectation of terbium oxide is around 10 million yuan/ton.

According to Zheshang Securities, since 2020, the downstream rare earths, mainly wind power and new energy vehicles, have maintained a rapid growth of more than 40%, and the trend is clear. The "Shanghai Municipality's Implementation Plan for Accelerating the Development of New Energy Automobile Industry (2021-2025)" puts forward that the development goal of Shanghai's new energy automobile industry in 2025 is that the annual output of local new energy vehicles will exceed 1.2 million, and the output value of new energy vehicles will exceed 3,500. 100 million yuan, accounting for more than 35% of the city's automobile manufacturing output value.

On March 1, Minister Xiao Yaqing of the Ministry of Industry and Information Technology responded to media questions on the "Regulations on Rare Earth Management (Draft for Comment)" drafted by the Ministry of Industry and Information Technology, saying that rare earths are a strategic resource, and the issuance of the regulations is mainly based on the long-term development strategy and market demand of rare earths, and We have problems in actual development. CITIC Securities believes that the statement of the Ministry of Industry and Information Technology shows that the country attaches great importance to the high-quality development of the rare earth industry and strongly supports the implementation of the "Administrative Regulations." The main rare earth materials of high-performance NdFeB are light rare earth praseodymium and neodymium oxide, heavy rare earth dysprosium oxide and terbium oxide, which are used in new energy vehicles, wind power, energy-saving inverter air conditioners, traditional automobiles and other fields. Driven by the medium and long-term downstream demand such as new energy, the demand for NdFeB in 2025 is expected to reach 36,000 to 72,000 tons, which will create a high-performance NdFeB market. The price of terbium oxide is expected to exceed 15 million yuan/ton in 2021, and the price of rare earths is expected to start the long-term market. 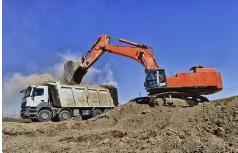