The existing NdFeB or Dysprosium technology is very effective, but Nd and Dysprosium are considered minerals or strategically important by the mining country. A material science research institute and a university have jointly studied samarium-it has been used in samarium cobalt magnet It is basically the more expensive predecessor of Ne-Fe-B magnets. Samarium is another rare metal, but according to a research institute, it has developed a "material containing only a small amount of rare earth elements." The compound has a coercivity of 1.2 Tesla, which is sufficient for use in car motors, and even if processed into a thin film, it has better magnetic properties than Nd-Fe-B based magnets. "The material is boron-doped anisotropic Sm(Fe0.8Co0.2)12, in which iron replaces some expensive cobalt. It is called samarium-iron-cobalt or more loosely called "samarium-iron" Part of the series of magnets.
"Among the rare earth elements, Nd and Sm have similar natural abundances. However, we hope to use fewer rare earth elements in permanent magnets, compared with magnets based on Nd-Fe-B, based on Sm (Fe, Co) This is the case with the compound of 12." A researcher told Electronic Weekly. "In addition, considering the growing demand for magnets based on Nd-Fe-B, expanding the use of different rare earth elements is one of the strategies to avoid the shortage of rare earth elements in the future." In 2017, a research institute confirmed that Sm(Fe0.8Co0 .2) 12 can beat neodymium magnets in terms of magnetization, magnetocrystalline anisotropy and Curie temperature, but the coercivity is far behind neodymium magnets. 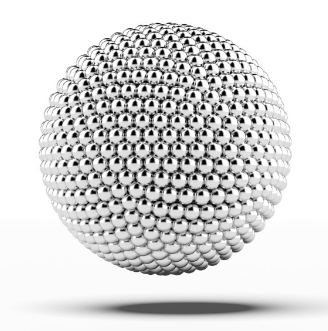 The key to this study is the observation that neodymium magnets with high coercivity have a heterogeneous structure-they are composed of aligned microscopic Nd2Fe14B crystals, close to each other, but separated by ~3nm walls of the amorphous form of the same material. This prompted the team to persuade Sm (Fe0.8Co0.2) 12 to adopt the same structure, and they manage it by doping with boron. Uneven distribution of boron: Boron-rich Sm (Fe0.8Co0.2) 12 tends to form amorphous walls, while boron-poor Sm (Fe0.8Co0.2) 12 continues to form crystals, which are now separated by a wall of about 3 nm. A research institute said: “The compound has an anisotropic particle microstructure, which makes its residual magnetization greater than that of other SmFe12-based compounds with isotropic particle microstructures. As a result, it exhibited 1.2 The large coercivity of T and the large residual magnetization of 1.5T are much larger than the previously developed magnetic compounds based on SmFe12. It can be used as a new type of magnet and has better performance than neodymium magnets. "The coercive force is also at high temperatures. Very stable and can resist magnetization reversal. "Sm (Fe, Co) 12-based magnets that do not require heavy rare earth elements (such as Dy) show extremely high coercivity and thermal stability, even better than Nd-Fe-B and (Nd, Dy)-Fe-B Magnet, a researcher said. All this is still in the film. He also said: "We hope that the magnet has better performance than Nd-Fe-B magnets. "This work proves these characteristics of the model film and the potential of magnets based on Sm (Fe, Co) 12. For practical applications, efforts are still required to achieve these properties in anisotropic bulk magnets.