It is foreseeable that with the continuous emergence of new energy technologies in the future, the strategic position of rare earths will become higher and higher. Experts have previously predicted that the global sales of new energy vehicles will be 4.52 million and 6.16 million from 2021 to 2023. With the growth trend of 8.18 million vehicles, the demand for neodymium-iron-boron for new energy vehicles in the next three years will account for 7-8% of the total output, and the demand for neodymium-iron-boron for high-performance vehicles can even reach 15% or more. That's why the United States wants to integrate rare earth resources and seize the opportunity.

The current advantage of the US dollar is built on its relationship with oil, but it is foreseeable that the replacement of fossil energy by new energy is the general trend. In addition, if you want to make achievements in high-tech fields such as mobile communications, artificial intelligence, and robotics in the future, rare earths are topics that cannot be avoided. The United States has waged many wars in the Middle East, wooing major oil-producing countries such as Saudi Arabia, Kuwait, and the United Arab Emirates, and gained the dominance of international oil transactions. Incidentally, the U.S. dollar has become the world currency. With the passage of time, the current technological powers have laid out new energy fields. If the United States, which loses its oil hegemony in the future, does not respond, it will inevitably be squeezed out of the door.

At present, many countries, including the United States and Japan, have high hopes for Australia's rare earth mines. In March last year, the proven rare earth reserves of Norrance in the Northern Territory of Australia increased by 54%. Australia reported that it has the best undeveloped praseodymium and neodymium deposit outside of China, with a mining life of more than 30 years, but due to the underdeveloped technology in Australia, its mining cost is 30% higher than ours. 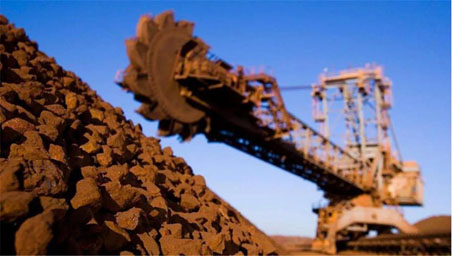