1. Resin coating
Spraying or electrophoresis is mainly used to coat the surface of the magnet with epoxy resin. Among various resins, epoxy resin has the smallest water absorption and permeability, so it has excellent water resistance, chemical resistance and bonding properties. Before epoxy resin spraying or electrophoresis, the oil on the surface of the NdFeB magnet must be removed carefully. When a magnet with a coating thickness of 20-30Lm, under the conditions of heat and humidity (temperature 80℃, humidity 90%), the surface can be cleaned with solvent before coating can support 50h; the surface can be cleaned by sandblasting can support 100h; zinc phosphate The cleaning surface can support more than 300h without any rust spots.

2. Al ion plating
Ion plating is to deposit metal ions on the surface of the magnet, and the coated metal is heated in a negative pressure Ar atmosphere to become ionized vapor. Because of its high deposition rate and good corrosion resistance, Al is the first choice as the deposited metal. The thickness of the coating is generally 7 ~13Lm, but the surface of the Al ion plating layer is rough and has gaps. It needs to be shot peened with glass beads, and then passivated with chromite to achieve the purpose of sealing surface gaps and holes.

3. Ni plating
Ni, Zn, Sn, Cr and other metals are plated on the surface of NdFeB magnets, and the chemical composition needs to be adjusted to alleviate the excessive reaction of electroplating to the surface of the magnet. The thickness of the Ni coating is generally 7-15Lm, and the thickness of the cathode electroplating Sn is 12 ~24Lm. In addition, titanium nitride or a layer of resin can be added after plating Ni, Zn and other metals to improve corrosion resistance.

4. Molecular vapor deposition
Different from Al ion vapor deposition coating, the most popular in the world is the molecular vapor deposition coating process[4], that is, the VDP (Vaporized Deposit Process) process. The VDP process uses a new type of polymer called Parylene as the coating material.Its process can be divided into three steps.
The first step is to evaporate the solid polymer dimer in a vacuum at a temperature of about 150°C, so that the white powder is directly sublimated into a gaseous state; the second step is to heat the gaseous polymer dimer At about 680°C, it is decomposed into reactive monomers; the third step is to make the gaseous monomers fill the deposition chamber under vacuum like a cloud, and then polymerize on the surface of the NdFeB magnet and continuously grow into a thin film coating. Until the monomer no longer exists. Because the gas phase molecules are almost non-porous, the VDP process can be adapted to magnets of various shapes, including sharp edges, pinholes, micro cracks and even blind holes, which will generate a dense and very uniform Parylene protective film without liquid coating. “Bridges” are formed on the surface of the pores, phases and corners; in addition, since the vapor phase molecular deposition is carried out at room temperature, there will be no solidification stress and severe tension caused by the heating process during liquid coating. Unlike vacuum metal coating, the deposition speed of the VDP process is quite fast, usually 0.2Lm per minute; kinetic studies have shown that the deposition speed is proportional to the square of the monomer concentration in the deposition chamber and inversely proportional to the temperature; as long as the monomer concentration and deposition are controlled Time and temperature can control the coating thickness. Generally, the thickness of Parylene film is controlled between 1-100Lm. 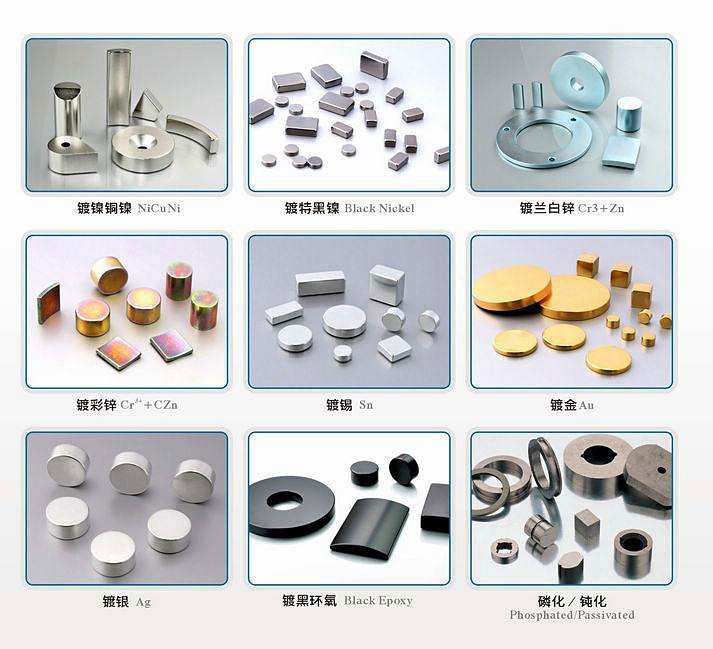