How long can China's Confidence in Controlling the Global Rare Earths Last? (2)

Relying on low cost alone, Chinese companies have indeed beaten their American counterparts to the ground, but they have not been able to completely kill them. The U.S. rare earth industry has survived a long dark period, but when they thought they saw the light, they suffered a fatal blow. Speaking of which, you may not believe that the decisive battle between China and the United States of rare earths was the first move by the Japanese. On the morning of September 17, 2010, the Chinese fishing boat "Minjinyu 5179" with 15 crew members was driven by a patrol boat of the Japan Maritime Protection Agency when it was fishing in the waters of the Diaoyu Islands. The Japanese side subsequently boarded the ship and arrested the Chinese captain.

When "Minjinyu 5179" was driven away, it once voluntarily hit the Japanese ship

At that time, it was the most frequent period of anti-Japanese activities among the Chinese people, and Chinese officials quickly countered them and suspended rare earth exports to Japan. Subsequently, China tightened its export quotas for rare earths, and global rare earth prices skyrocketed. This allowed high-cost Western mining companies to see the hope of turning over and expand their capital expenditures in an attempt to restart local mines that were squeezed out by China. For example, the former owner of MountainPass, the world's largest rare earth mine, and the only rare earth mining and processing company left in the United States at the time, Molycorp, keenly discovered business opportunities at the first time of the Sino-Japanese friction and invested heavily in expansion. . Countries such as Canada and Australia, which also have large amounts of rare earth resources, have also joined the competition. The Canadian Rare Earth Network, an industry organization in Canada, claims that by 2014, the country will produce one-fifth of the world's rare earths. But on the other hand, European and American countries are also launching WTO attacks on China, believing that rare earth export quotas violated WTO commitments. In 2015, China was forced to abolish export quota restrictions and high tariffs. The biggest victim of this cancellation is not China, but the West’s own rare earth companies. The re-entry of China's cheap rare earths into the market has made their previous investment in production expansion all in vain. In June 2015, American Molybdenum Corporation declared bankruptcy with USD 1.7 billion in debt and a processing plant that was just half repaired. The U.S. rare earth industry, which once dominated the world, temporarily withdrew from the stage of history. And China has secured its dominance in global rare earth production. 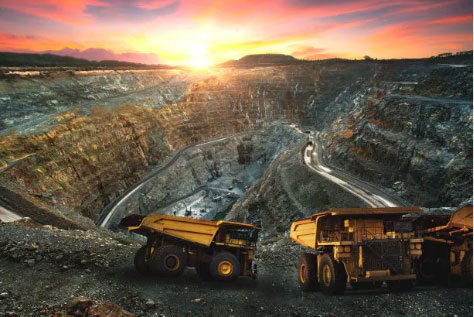