Rare earth minerals are a suite of 17 elements mineable in the earth's crust, with names such as cerium, europium and lutetium. They are commonly used in everything from car motors and electronics to oil refining and clean diesel to many major weapons systems.

U.S. consumption of rare earth compounds and metals relies heavily on imports, which rose to $160 million in 2018. Eighty percent were from China. Although other countries supply to the U.S. including Estonia (6%), France (3%) and Japan (3%), much of their materials were derived from mineral concentrates and chemical substances produced in China 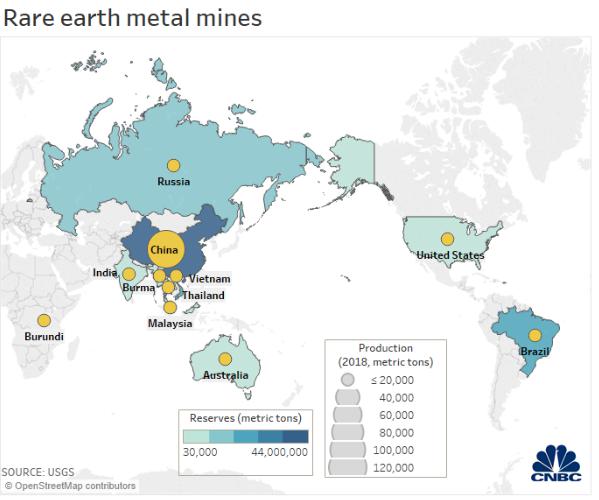 The glass industry is the largest consumer of rare earths. For example, lanthanum makes up as much as 50% of digital camera lenses, including cell phone cameras. Hybrid electric cars use significant amounts of lanthanum in its batteries – 10-15 kilograms per vehicle.