How long can China's Confidence in Controlling the Global Rare Earths Last? (4)

4. Winner's Dilemma
But looking at it calmly, at the current point in time, the winner of China is far from rest assured. Quantitatively, according to Caitong Securities, the global demand for light rare earth praseodymium and neodymium oxide will increase from 63,000 tons in 2020 to 76,000 tons in 2023, an annual growth rate of more than 6%. 6% is not comparable to other industries, but for bulk metals, this growth rate is already very high. In addition, the demand for high-end NdFeB magnets for new energy vehicles will increase from 12,600 tons in 2020 to 61,200 tons in 2025, with an annual growth rate of nearly 40%. Bayan Obo's rare earth oxide reserves are 35 million tons, and the content of neodymium praseodymium is about 20%, which is 7 million tons. Based on the annual demand of 70,000 tons of praseodymium and neodymium oxide, the Baiyun Obo mine can last for 100 years. In fact, the global mineral resources are in a process of continuous prospecting. The static mining life of copper, tungsten and other metals is only a few decades, but there will always be new mine discoveries in the future. The 35 million tons of Baiyun Obo’s data are many years ago. Some experts believe that this only counts the shallow open-pit reserves, and there is still great potential for prospecting in the future. This means that there is no need to worry about the depletion of China's light rare earths for the time being. For light rare earths, the main dilemma for China is whether to increase production. China's light rare earth mining quota has maintained steady growth in recent years, which is actually sufficient to meet future demand growth. So what is the reason for the soaring rare earth prices since the third quarter of last year? Due to the impact of the epidemic, global demand for rare earths shrank severely in the first half of last year, and prices fell into a trough. Domestic companies might as well stop production altogether, instead of losing more and more production. However, the rapid recovery of China's economy, especially the sudden outbreak of new energy vehicles, led to a short-term mismatch of supply and demand.

Since the second quarter of last year, domestic stocks of praseodymium and neodymium oxide have dropped rapidly

Currently, Mountain Pass in the United States and Lynas in Australia are the only overseas rare earth sources, and there is no new production capacity in the short term. In this case, the price trend of rare earths depends on whether Chinese companies increase production. If Chinese companies increase production, the profits of Northern Rare Earths, Shenghe Resources and other companies will naturally increase, but the price of rare earths will be difficult to maintain high for a long time, and there will be no fundamental improvement to the industry ecology. They will still return to the old way of selling cheap babies. If China does not increase production and the price of rare earths continues to rise, it will be good for domestic companies in the long term, but overseas high-cost mines will also achieve stable profitability. The United States, Australia, Canada, Greenland and even India all have capital for expansion, and China is the dominant one. The situation may be threatened.

On the 19th, the Ministry of Industry and Information Technology announced the first batch of rare earth mining and smelting indicators for this year, a significant increase of 27% year-on-year. It proves that China does not intend to manufacture rare earths and the supply is tight. % Of the production capacity, the establishment of a new separation production line in the United States will soon be put into production, and will gradually form substantive competition with China. Recently, the so-called domestic rare earth industry by brokers will change from cyclical to growth. It is still very difficult to look at it this way. The short-term mismatch of supply and demand will benefit related companies, but in the time scale of more than 5 years, the output of rare earths is really not something you can increase if you want to increase prices. Perhaps, the global light rare earth landscape will eventually return to multi-country competition in the future. 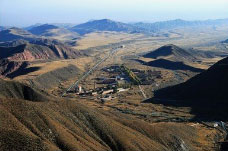