The space around our planet is increasingly filling up with junk, from pieces of broken satellites to discarded rocket stages. This debris threatens space exploration and research, from the International Space Station to the Hubble Space Telescope, and we still don’t have a good plan on how to clear it up.

One of the reasons space debris is so hard to clean up is because it is often moving extremely fast, at speeds of up to 17,500 miles per hour, and it often consists of strangely-shaped pieces which are not easy to grab. Some suggested solutions involve using nets or harpoons to catch the larger pieces of debris, but researchers at the University of Utah have come up with a different approach, using magnets.

“You have to take this crazy object floating in space, and you have to get it into a position where it can be manipulated by a robot arm,” lead author Jake J. Abbott explained in a statement. “But if it’s spinning out of control, you could break the robot arm doing that, which would just create more debris.”

By using spinning magnets, robots could push debris down into an orbit where it would burn up or up and out into space without actually having to touch it, which would be safer and faster than trying to grab individual pieces.

However, such a method would need to work on debris of all sorts, including metallic but non-magnetic pieces. The team found a way to move non-magnetic debris by applying a changing magnetic field which makes the electrons within the metal swirl around — essentially turning it into an electromagnet.

People had already thought of this approach, but what the team managed to show was that they could move debris pieces in six degrees of movement, including rotation. That means this method can exert more precise control over debris pieces rather than merely pushing them in one direction.

“What we wanted to do was to manipulate the thing, not just shove it but actually manipulate it like you do on Earth,” said Abbott. “That form of dexterous manipulation has never been done before.”

In the future, this approach could be used by space cleaning robots to clear up debris pieces that are fragile or hard to handle. This issue will only become more important as more and more junk is left floating in the space around our planet.

“NASA is tracking thousands of space debris the same way that air traffic controllers track aircraft. You have to know where they are because you could accidentally crash into them,” Abbott said. “The U.S. government and the governments of the world know of this problem because there is more and more of this stuff accumulating with each passing day.” 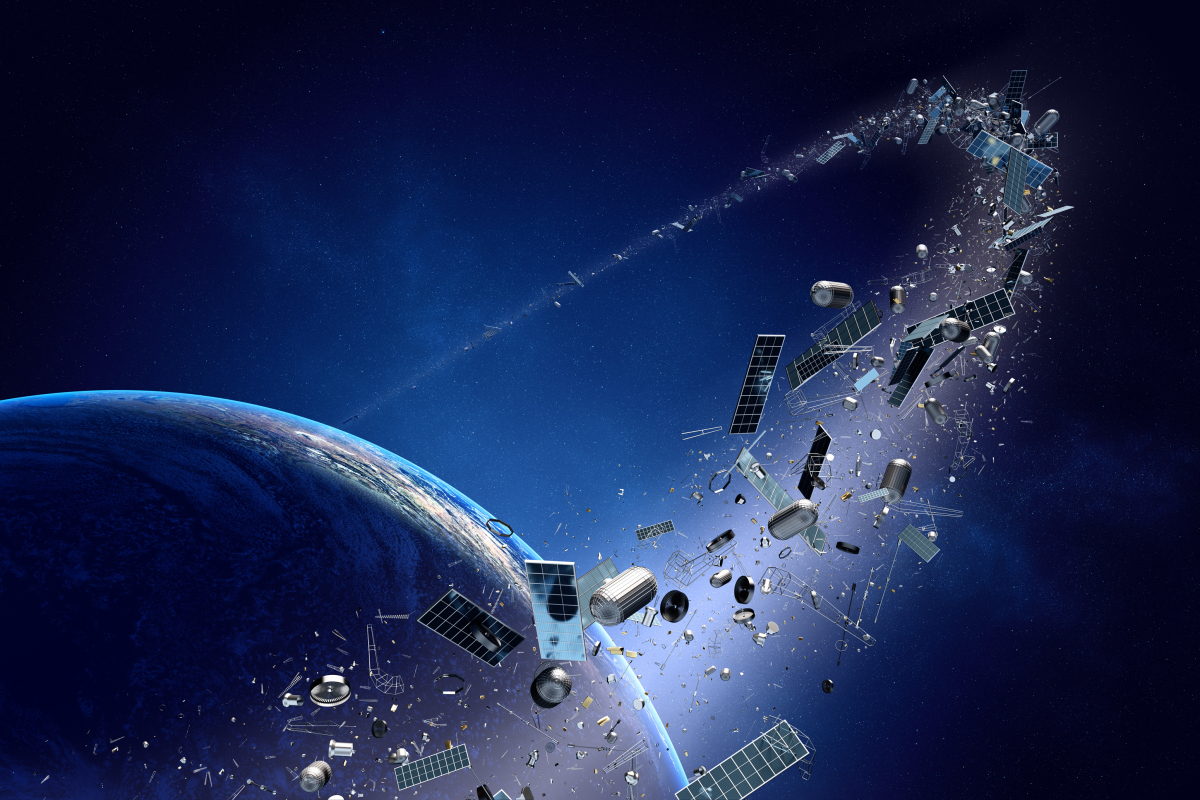