Rare Earth Distribution in the World 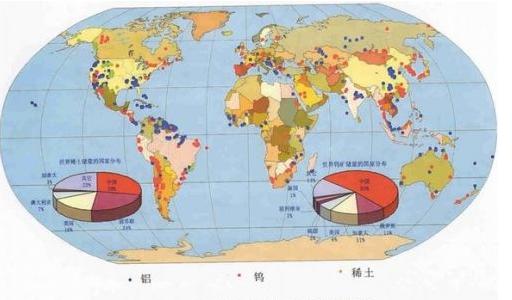