The Australian mining company Lynas Rare Earth's revenue increased by 20.6% in the March quarter due to strong demand, especially for neodymium and praseodymium (neodymium-iron-boron), and the selling prices of its major metals hit a record high.

NdFeB is used in magnets for electric vehicles and wind farms, consumer products such as smartphones, and military equipment such as jet engines and missile guidance systems. The company said it plans to keep production at 75% as it seeks to continue to meet the COVID-19 safety agreement and deal with transportation difficulties. After the results were announced, Lynas' stock price fell 6.1%. Andy Foster, portfolio manager of the Argo investment project in Sydney, said: "They have encountered some logistics problems and are happy to know when they will start to increase utilization.""Pricing is quite strong, although it may have fallen back recently. I still think The mid- to long-term prospects for their product suite are quite good.” In the three months to the end of March, Lynas's revenue was 110 million Australian dollars (85.37 million US dollars), up from 91.2 million Australian dollars in the same period last year, due to soaring prices.

The company said that the average selling price of its entire product range in the March quarter was A$35.5 per kilogram, up from A$23.7 in the first half of the previous fiscal year. "In the ongoing crisis, especially in Europe, the ongoing crisis requires careful prediction of our future business, but we are seeing a recovery in the rare earth market soon," said Linus, the world's largest rare earth producer outside of China. . During the pandemic, freight demand surged, and the blockade of the Suez Canal in March delayed freight shipments to April. Linus' rare earth oxide (REO) production in the quarter was 4,463 tons, slightly lower than the 4,465 tons in the same period last year. 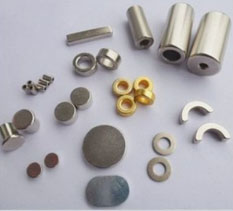