A recent paper published in the journal ACS Omega proposes the idea of using rare-earth metals in alloy powders to produce flashes that shift from golden to green and continuously branch.

According to the article’s senior author Eike Hübner, burning powdered erbium produces a new colour-changing spark, shifting from golden-white to bright green. However, the green phase occurred for just a blip in time and wasn’t really noticeable.


Another entertaining aspect of sparkler fountains is their branching sparks that burst apart repeatedly into multiple, smaller particles that flash. Commercial sparklers typically contain iron-carbon powders for this effect, but metal-metal alloys can also do this. So, Hübner and his team wanted to test whether rare-earth metal-metal alloys could be used to create brand-new types of colour-changing or branching sparks.The researchers pressed single-metal powders and metal-metal alloy powders containing alkali, transition and rare-earth metals, one at a time into a flame. Rare-earth alloys provided more colourful sparks than single-metal powders. For instance, ytterbium produced intense green explosive flashes. But when the ytterbium-copper (Yb-Cu) alloy was burned, it continuously released a shower of long sparks that switched from golden to deep green.

Then the researchers combined rare-earth metal alloys with ammonium perchlorate and nitrocellulose-based propellant to create smokeless fountains. A powdered version of neodymium magnets created the most attractive fountain with continuously branching sparks, with each initial “parent spark” shooting off many more sparks in just a fraction of a second.

The scientists point out that the tests yielded two promising sparkler materials, though they caution that the recipes must undergo further safety testing before they can be used in commercial products. 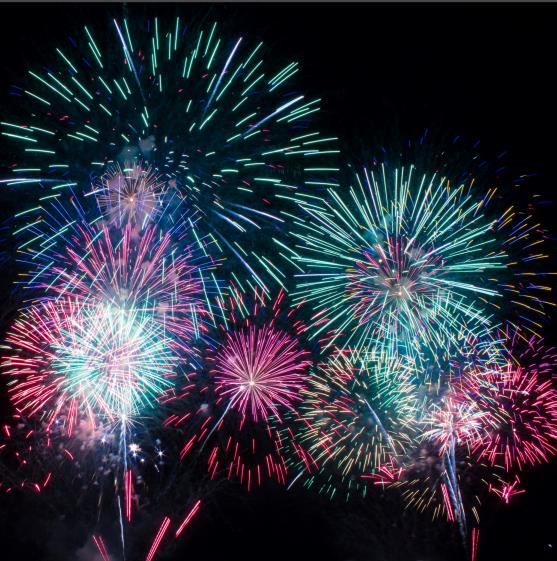