The world continues to develop towards electrification of vehicles. In 2010, the number of electric vehicles on the world's roads reached 7.2 million, of which 46% were in China. By 2030, the number of electric vehicles is expected to surge to 250 million, achieving substantial growth in a relatively short period of time. Industry analysts foresee that the supply pressure of key raw materials including rare earth magnets will be met.

Rare earth magnets play an important role in vehicles powered by internal combustion engines and electric motors. There are two key components in electric vehicles with rare earth magnets. Motor and sensor. In this article, the focus is on the motor.

Magnets in electric motors
Battery-powered electric vehicles (EVs) get propulsion from electric motors instead of internal combustion engines. The power to drive the electric motor comes from a large traction battery pack. In order to maintain and maximize battery life, electric motors must run ultra-efficiently. The magnet is the main component of the motor. When a wire coil surrounded by a strong magnet rotates, the motor will run. The current induced in the coil emits a magnetic field, which is the opposite of the magnetic field emitted by a strong magnet. This creates a repulsive effect, just like placing two north pole magnets next to each other. This repulsion causes the coil to rotate or rotate at high speed. The coil is attached to the shaft and drives the wheels of the vehicle in rotation.

Magnet selection
When designing and selecting magnets for this type of motor application, there are many key design criteria to consider, including:
Magnetic force The magnetic field of the permanent magnet must be strong enough to produce a strong repulsion. The strongest permanent magnets currently available are rare earths (such as neodymium iron boron and samarium cobalt).
The interaction between the hot coil and the motor magnet generates heat. The performance of all rare earth magnets will be adversely affected by heat, so choosing the best magnet material and grade is essential to ensure long-term performance.

For automotive applications, motors need to be energy-intensive and cost-effective, while keeping the overall space as small as possible. This means that the most suitable magnet must be as small as possible and as strong as possible.There are four main types of magnets: ceramic (ferrite); AlNiCo (aluminum nickel cobalt); samarium cobalt (SmCo); neodymium (NdFeB).Magnet technology continues to evolve to meet the new demands of electric vehicles. Currently, the best magnet for the motors (strength and size) of hybrid and electric vehicles is rare earth neodymium. The added grain boundary diffusion dysprosium produces a higher energy density, resulting in a smaller and more efficient system. The number of rare-earth magnets in hybrid and electric vehicles varies depending on the design. On average, 2 to 5 kilograms of rare-earth magnets are used in hybrid or electric vehicles.The characteristics of rare earth magnets are: heating, ventilation and air conditioning (HVAC) systems; steering, gearboxes and brakes; hybrid engines or motor compartments; security sensors, seats, cameras and other sensors; doors and windows; entertainment systems (speakers, radios, etc.)

Electric car battery
Hybrid fuel and exhaust systems; by 2030, the growth of electric vehicles will lead to an increase in the demand for magnetic systems. With the development of electric vehicle technology, existing magnet applications may shift from rare earth magnets to other systems, such as switched reluctance or ferrite magnet systems. However, neodymium magnets are expected to continue to play a fundamental role in the design of hybrid engines and electric motor cars. In order to meet the expected growth of neodymium in electric vehicles, market analysts expect: China and other neodymium producers to increase production; to develop new reserves; the recycling of neodymium magnets used in vehicles, electronics and other applications is currently being funded by the European Union The SUSMAGPRO project was investigated. 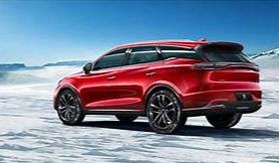