The magnet's magnetic strength is comparable to the widely used "Alnico" magnet, and has the potential to meet the strong market demand for rare earth and cobalt-free magnets. On the earth, the strongest permanent magnet is a permanent magnet containing a rare earth element neodymium-NdFeB magnet. The second strongest is mar cobalt or SmCo magnets. Before the development of rare earth magnets in the 1970s, the strongest magnets were made of Alnico or Alnico, and today they are still widely used in applications ranging from electric motors to consumer electronics. The problem with these strong but man-made permanent magnets is that they contain some vital elements (rare earth for NdFeB and SmCo, cobalt for SmCo and Alnico), which are useful for many technologies and industries, which manufacturers pay a premium for sometimes unreliable supply.

Vitalij Pecharsky, a scientist at the U.S. Department of Energy’s Ames Laboratory and CMI, said: “The iron-nickel magnetic alloy found in meteors is rare earth element and cobalt-free, but it takes millions of years to produce by natural means. Our team-Oleksandr Dolotko, Ihor Hlova, Shalabh Gupta and Anis Biswas-developed a method to produce the magnetic properties of an iron-nickel alloy, which has reached Alnico's performance, but much faster. "

This method introduces a large number of defects into iron and nickel alloys. It is then reacted with ammonia to form the chemically ordered precursor iron-nickel-nitrogen or FeNiN. The next step is to extract nitrogen from the material without disturbing the order of the remaining iron and nickel.Pecharsky said that the ammonia method is scalable and can reliably produce precursor materials with a yield of about 98%. The energy density of the final product is 6 MG-Oe, making it comparable to Alnico magnets, and there is still room for further improvement.Pecharsky said: "The market's demand for magnets is filling the technical application gap between high-end, strongest rare earth permanent magnets and lower strength options." We see this technology is widely adopted in the field of gap magnets. "

The Critical Materials Institute is a division of the Energy Innovation Center, led by the Ames Laboratory of the U.S. Department of Energy and supported by the Office of Advanced Manufacturing of the Office of Energy Efficiency and Renewable Energy, which supports early applied research to promote American manufacturing industry innovation and promote the US economic growth and energy security. CMI seeks to eliminate and reduce reliance on rare earth metals and other materials affected by supply chain disruptions. 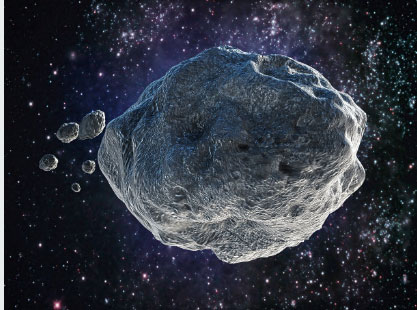