Sintered NdFeB permanent magnet is manufactured by powder metallurgy technology. It is a type of powder material with very strong chemical activity. There are tiny pores and cavities inside, which are easily corroded and oxidized in the air. The experimental results show that a 1cm³ sintered NdFeB permanent magnet will be completely oxidized and corroded if placed in the air at 150°C for 51 days. After the magnetic material is corroded or damaged by the components, the magnetic properties will be attenuated or even lost over time, which will affect the performance and life of the whole machine, so strict anti-corrosion treatment must be carried out before use.
At present, NdFeB anticorrosive treatment generally uses electroplating, electroless plating, electrophoretic coating, phosphating treatment and other techniques. The electroplating is widely used as a major metal surface treatment method. The NdFeB electroplating process includes two important processes: pretreatment and electroplating.

Pretreatment
The quality of NdFeB electroplating is closely related to its pre-treatment effect. The pre-treatment generally includes abrasive grinding and chamfering-soaking chemical degreasing-pickling oxide film-weak acid activation, etc., during which ultrasonic cleaning is interspersed. After the above treatment, The neodymium iron boron magnet is exposed to a clean basic surface suitable for electroplating, and then it can be electroplated. If a process in the pre-treatment process is not cleanly handled, it will bring latent defects to the final electroplated product, causing problems such as blistering and peeling of the electroplated layer.
Compared with ordinary steel parts, the pre-treatment of NdFeB products is more difficult, because the surface is rough, loose and porous, and the dirt is difficult to completely remove, which adversely affects the bonding force of the NdFeB coating and the substrate. At present, the pretreatment of NdFeB plating generally uses multi-channel ultrasonic cleaning. The cavitation effect of ultrasonic can completely remove the oil in the NdFeB micropores. In addition, ultrasonic cleaning is also beneficial to remove the acid and alkali in the NdFeB.The boron dust produced on the surface during washing further eliminates the hidden dangers of binding force.

Electroplating
NdFeB strong magnetic electroplating can use different electroplating processes according to the different working environment. The surface coating is also different, such as zinc plating, nickel plating, copper plating, tin plating, precious metal plating, epoxy resin etc. Generally zinc plating , Ni-Cu-Ni and Ni-Cu-Ni(Chemical treatment) platings  are the three mainstream coatings.Only zinc and nickel are suitable for direct plating on the surface of neodymium iron boron magnets, so multilayer electroplating technology is generally implemented after nickel plating. At present, the technical difficulty of direct copper plating of NdFeB is being cracked. Direct copper plating and then nickel plating is in development phase. Such a coating design is more conducive to the thermal demagnetization index of NdFeB components to meet customer needs. 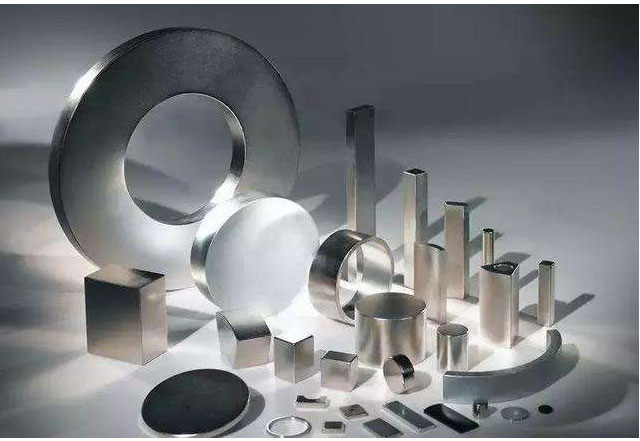