China has strengthened its control over rare earth management. (From February 25, 2021). On January 15, 2021, the Ministry of Industry and Information Technology ("MIIT") issued the draft "Regulations on Rare Earth Management" to solicit public comments. Until February 15, 2021.Through this upcoming regulation, China intends to protect national interests and industrial safety, and prevent activities such as illegal mining, destructive mining, unplanned and over-planned production, illegal trading of rare earth products, and damage to the ecological environment.

What is rare earth? The term rare earth refers to 17 elements, such as lanthanum, cerium, praseodymium, neodymium, promethium, samarium, europium, gadolinium, terbium, dysprosium, holmium, erbium, thulium, ytterbium, ytterbium, scandium, and yttrium.The earth's crust is relatively rich in rare earth elements, but the mineral content is lower than most other mineral commodities. This is partly why they are so important.

In which industries are rare earths deployed? Rare earths are widely used in a variety of industries, including electronics, clean energy, aerospace, automobiles, and defense, while the end uses of rare earths include, for example, the production of magnets, catalysts, and displays. This makes them of great value for high-tech industrial manufacturing and research and development.The manufacture of magnets represents the largest and most important end use of rare earth elements. Permanent magnets are an important part of modern electronic products (such as mobile phones, TVs, computers, automobiles (including electric vehicles), etc.).

Latest developments in regulations:It is worth noting that according to the 2020 negative list, foreign investment in the exploration, mining and beneficiation of rare earths, radioactive minerals and tungsten is prohibited. However, the "Hainan FTP Negative List" provides an exception because it stated that foreign investment in these areas is no longer prohibited.Therefore, once these regulations take effect, they will not only affect Chinese state-level companies, but also foreign companies in Hainan and the larger material supply chain. The draft regulation covers the entire chain management of rare earths in China, restricts the export scope of rare earth products, and stipulates the applicability of the Export Control Law.

According to data provided by the General Administration of Customs, by 2020, China's total annual export volume of rare earths will reach 35,447,500 tons, a year-on-year decrease of 23.5%, which is the lowest level in the past five years. In recent years, China's rare earth exports have been declining-in 2019, total rare earth exports fell by 12.6% year-on-year.According to data provided by the Center for Strategic and International Studies, in 2019, Japan is the main destination of China's rare earths, followed by the United States, the Netherlands, South Korea and Italy. These five countries imported a total of 87.8% of China's rare earth exports in 2019.The gradual decrease in rare earth exports can be attributed to the fact that China has become more self-sufficient in innovative high-tech and key technologies. This is considered an inherent requirement to safeguard its national interests, especially after the Sino-US trade war and pandemic. China is also keen to lead the development of new industrial standards for emerging industries, including Internet of Things technology.In addition, by 2020, this pandemic has caused many countries (especially EU countries) to almost suspend production activities in all walks of life, which is likely to lead to a sharp drop in China's rare earth exports. 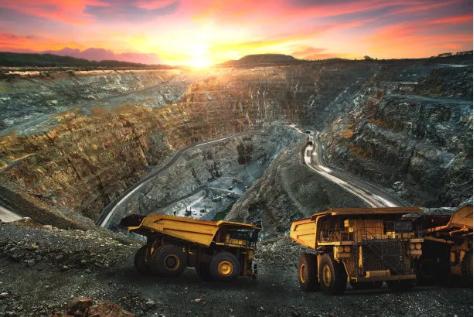