TORONTO, ON and LAKEWOOD, Colo., July 7, 2021 /CNW/ - Energy Fuels Inc. (NYSE American: UUUU) (TSX: EFR) ("Energy Fuels") and Neo Performance Materials Inc. (TSX: NEO) ("Neo") are pleased to announce that the first container (approximately 20 tonnes of product) of an expected 15 containers  of mixed rare earth carbonate ("RE Carbonate") has been successfully produced by Energy Fuels at its White Mesa Mill in Utah (the "Mill") and is en route to Neo's rare earth separations facility in Estonia, creating a new United States-to-Europe rare earth supply chain.  Additional shipments of RE Carbonate are expected as Energy Fuels continues to process natural monazite sand ore ("Monazite") mined in Georgia (U.S.) by Chemours (NYSE: CC) for both the rare earth elements and naturally occurring uranium that it contains.This new supply chain will initially produce rare earth products from monazite that is processed into RE Carbonate at Energy Fuels' Mill in Utah.  The RE Carbonate is then processed by Neo at its Silmet rare earth processing facility in Sillamäe, Estonia ("Silmet") into separated rare earth oxides and other value-added rare earth compounds.  Neo is the only commercial producer of separated rare earth oxides in Europe.

Monazite, which is produced as a byproduct of existing heavy mineral sands mining, also contains naturally occurring uranium that Energy Fuels recovers for use in the generation of carbon-free nuclear energy.

This commercial-scale production of RE Carbonate by Energy Fuels from a U.S. mined rare earth resource positions Energy Fuels as the only company in North America that currently produces a Monazite-derived, enhanced rare earth material.  The physical delivery of this product also represents the launch of a new, environmentally responsible rare earth supply chain that allows for source validation and tracking from mining through to final end-use applications for manufacturers in North America, Europe, Japan, and other nations.

Energy Fuels and Neo are further pleased to announce the signing of a definitive supply agreement (the "Agreement") by the companies' respective affiliates. Under the Agreement, Colorado-based Energy Fuels will ship all or a portion of its RE Carbonate to Neo's Silmet rare earth separations facility. Neo will then process Energy Fuels' RE Carbonate into separated rare earth materials for use in rare earth permanent magnets and other rare earth-based advanced materials. Because of increasing demand for value-added rare earth materials in European manufacturing, Toronto-based Neo seeks to expand and diversify its current supplies of rare earth feedstock at Silmet, which is the only operational rare earth separations facility in Europe. Silmet has been separating rare earths into commercial value-added products for more than 50 years.

Representatives from both Energy Fuels and Neo were on hand at the White Mesa Mill to celebrate the launch of this new critical supply chain.

In addition to supplying RE Carbonate to Neo, Energy Fuels is also evaluating the potential to develop its own separation capabilities at its White Mesa Mill in Utah (U.S.), or nearby, and possibly adding metals, alloys, and rare earth permanent magnets manufacturing capabilities. As a first step, the Company has hired the French firm, Carester SAS, a leading global expert in rare earth separation and supply chains, to produce a scoping study including capital and operating costs for a full rare earth separations capability at the White Mesa Mill, which would be the next important step towards fully integrating a U.S. rare earth supply chain in the coming years, in addition to continuing to supply RE Carbonate to European markets over the long-term.

"The launch of this new supply chain is a real gamechanger for Neo and our growing customer base in Europe," said Constantine Karayannopoulos, Neo's Chief Executive Officer.  "This innovative U.S.-to-Europe supply chain will supplement Neo's existing rare earth supply from our long-time Russian supplier.  It will enable Neo to expand value-added rare earth production in Estonia to meet growing demand in Europe for these materials.  It begins to unlock the extraordinary economic and environmental potential presented by utilizing low-cost rare earth feedstock from monazite ore that is a byproduct of existing mining.  And, it helps Neo ramp up rare earth production in Estonia just as Europe accelerates vehicle electrification and other initiatives aimed at mitigating climate impacts."

"Today, Energy Fuels and Neo took significant steps toward restoring critical U.S. and European rare earth supply chains," stated Mark S. Chalmers, President and CEO of Energy Fuels. "Energy Fuels has methodically ramped up our mixed rare earth carbonate production since we first started feeding Georgia monazite ore into our Utah mill in March. Successfully producing this rare earth product, and physically delivering the first containers of Rare Earth Carbonate to Neo, is an important achievement, not only for Energy Fuels and Neo, but also for U.S. government efforts to restore critical rare earth supply chains. This is also very good news for end-users of rare earth products in the U.S., Europe, Japan and elsewhere who seek alternative sources of rare earths produced in the U.S. and Europe to the highest global standards of environmental protection and sustainability."

Significant quantities of Monazite are produced around the world as a byproduct of zircon and titanium production from heavy mineral sand operations, including large resources in the U.S., Australia, Brazil, South Africa, and other nations. Energy Fuels is in discussions with several parties to secure additional quantities of Monazite that it can use to expand this quickly emerging rare earth initiative. Energy Fuels has a goal of processing 15,000 tons of Monazite or more per year in the future. For perspective, 15,000 tons of Monazite per annum would contain rare earths equal to roughly 50% of total current U.S. demand, while only utilizing approximately 2% of the White Mesa Mill's existing throughput capacity and less than 1% of its existing tailings capacity.

Monazite from the southeast U.S. typically contains roughly 55% total rare earth oxides ("TREO") of which the magnetic elements neodymium and praseodymium ("NdPr") comprise approximately 22% of the TREO. NdPr are among the most valuable of the rare earth elements, as they are the key ingredient in the manufacture of high-strength permanent magnets that are essential to the lightweight and powerful motors required in electric vehicles, permanent magnet wind turbines used for renewable energy generation, and a variety of other modern technologies, including, mobile devices and defense applications. U.S. Monazite also contains approximately 14.4% "heavy" rare earths on a TREO basis, including roughly 1.5% dysprosium and terbium which have additional important magnet and national defense application. 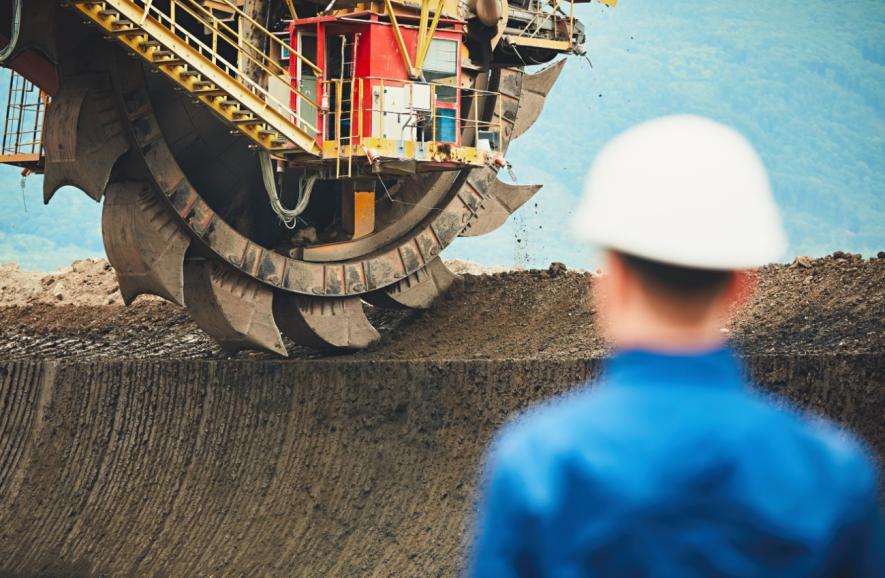