The first and most obvious answer to this problem is for Europe to copy China and mine and process rare earth metals itself.

A Norwegian company, REE Minerals, is one of the firms trying to do just that. It says preliminary drilling has confirmed high levels of key rare earths, including neodymium, at a site about 120 kilometres southwest of Oslo.

"You need to open a mine like ours every year for the next few years in order just to supply a little bit of what the market would want,” said Thor Bendik Weider, the company’s chief executive.

If and when the mine gets up and running, it should be “very, very lucrative,” Weider said. But the problem is that while returns are uncertain and profits a long way off, the company can’t attract private money to do the hard, expensive work of exploration to prove the mine is viable. “It’s a catch 22,” he said.

This is where governments should step in, but EU institutions have failed to come through with support. There have been “good intentions” but “little action,” said Weider.

A spokeswoman for EIT Raw Materials, an EU funded venture attempting to boost supply of critical resources, said that the project was at too early a stage to fund yet, but it had recently given €5 million to a different rare earth mining project in Norway that is at a more advanced phase.

The EIT is also in talks with investors to secure money for some of the 14 rare earth metal projects identified in an European Raw Materials Alliance (ERMA) action plan last year as needing funding.

But even in a best case scenario where all these projects get funding – the plan calculates they’ll need €1.7 billion – the EU will still only be able to supply 20% of its rare earth magnet needs by 2030.

Even if REE Minerals got the funding it needed, Weider estimates it would take five years to get the mine up and running. Physically, it’s possible to open a mine much quicker than this, he said, but local regulations and laws mean it takes a lot longer.

This points to a big obstacle to a revitalising mining in Europe: its impact on the environment and communities. In a speech last year, commissioner Breton called for a mining debate “without taboos”.

“It is very tricky,” said Rizos. “On the one hand there is this issue of environmental impacts on local communities and local environment. On the other hand, Europe cannot just export these environmental problems.”

Weider insists that his mine would be “state of the art”, and underground, unlike the opencasts that blight parts of China.

Since the price shock in 2010, the rest of the world has started to open its own mines. In the US, the Mountain Pass mine in California restarted in 2017 after having ceasing operations in 2002 due to environmental concerns and Chinese competition. China’s share of rare earth mining has shrunk from 92% in 2010 to 50% a decade later, found a recent analysis by Nato’s Defence College Foundation.

However, China still dominates the market for processing mined feedstock and for manufacturing finished magnets, according to the US Department of Energy.

Europe only has a few such processing and manufacturing facilities. The Canadian company Neo Performance Materials has a plant in Estonia, for example, and there are now plans to expand it.

Another solution is for Europe to make more efficient use of the rare earth metals it imports.

Currently, magnets are formed into basic shapes through pressing and sintering, a process that involves compression and heat treatment without melting. These shapes then have to be shaved down to get the perfect form, which means there are offcuts and waste.

3D printing would eliminate this waste, but at the moment, the metallic powders used to create magnets can’t be printed.

During two-year project called 3DREMAG, funded by EIT raw materials, Joni Reijonen, an advanced manufacturing research scientist at the VTT Technical Research Centre of Finland, worked with collaborators from across Europe to produce a NdFeB powder suitable for 3D printing.

However, as yet, the magnetic strength of 3D printed magnets falls short of commercial sintered versions. A “small breakthrough” and more basic science is needed to overcome the problem, said Reijonen.

Despite the hurdles, 3D printed magnets remain a tantalising prize. Reijonen estimates they could save up to 20-30% in rare earth metal waste during manufacturing. Even better, they could allow carmakers to create magnets in far more intricate geometric shapes than are currently possible, perhaps opening the door to much more efficient engines.

However, Reijonen is pessimistic that Europe will be able to reduce its reliance on China any time soon. It’s high on the strategic agenda of the US, too, “so the supply will diversify,” he said. “But it's not like something that will happen overnight.”

Although 95% of electric vehicles use rare earth magnet motors, there is an alternative. Induction motors with electromagnets, which gain their magnetic field from passing through an electric current, were used for the Tesla model S and X, for example, although the company has switched to rare earth magnets for its newer Model 3.

“You could go to an induction motor and still make a good electric car,” said Reijonen. But induction motors are bulkier and less efficient, limiting driving range, and would likely put any carmaker forced to use them at a significant disadvantage.

Other scientists are on the hunt for something more radical: new alloys that are just as efficient as current magnets, but do not require rare earth metals. Uppsala’s Vishina, for example, is using supercomputers to sift through a vast database of all the materials created in the last 60-70 years to see which might make a good magnet. 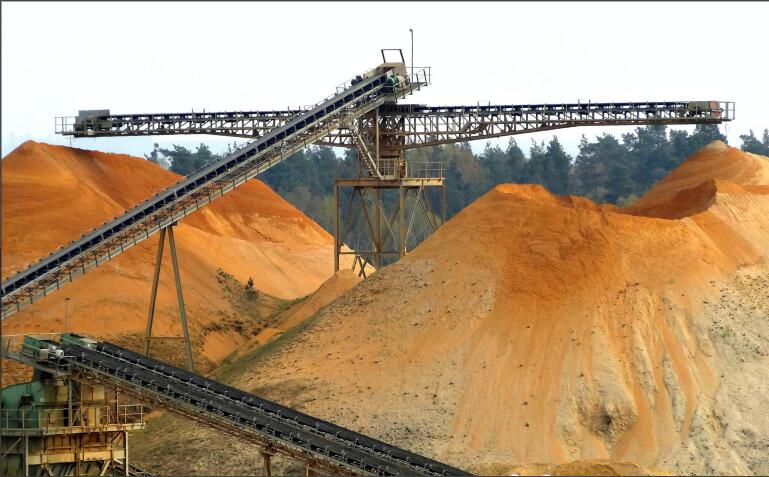