How long can China's Confidence in Controlling the Global Rare Earths Last? (3)

3. The spoils of China

In 2019, the "President of Twitter" Trump was in the limelight when he was doing his best to promote and implement his "America First". After launching a trade war with China, he again began to use national power to try to revive the rare earth industry in the United States. In May 2019, the Mountain Pass rare-earth mine in the United States restarted, and by the end of last year, the production capacity ramp was basically completed. In the same year, the US Department of Defense was authorized to directly invest in rare earth separation smelting. According to the US media, this is the first financial investment by the US military in commercial-scale rare earth production since the Manhattan Project produced the first atomic bomb. It can be seen that the Americans are also quick to learn lessons. They are obviously aware that the failure of the previous round was mainly due to the incoordination between the government and enterprises. On November 17, 2020, when Trump's defeat was set, he had not forgotten to allocate 13 million US dollars to fund the US rare earth company. With the highest level of support from the country, the U.S. rare earth industry is indeed recovering quickly. However, this does not mean that China's control over the rare earth market has declined. The most difficult thing in rare earth production is not mining, but refining. Canadian rare earth expert Janice Zinck has an analogy: the extraction of traditional metals is like extracting chocolate chips from cookies-metals are gathered together in the ore. The rare earth is like extracting sugar particles from cookies. The content of the elements in the ore is inherently small, and they are particularly dispersed, requiring complex chemical methods to purify them. Therefore, some people refer to the rare earth industry as the "chemical industry with mines." So far, the United States only has rare earth mining capabilities, but the subsequent separation and smelting of ore still has to be shipped to China for completion. After the establishment of the entire industrial chain, China is no longer just a miner seller. As we mentioned earlier, Molybdenum, the owner of the Mountain Pass rare earth mine, has long gone bankrupt and sold for a low price of US$20.5 million. Who is the taker? Shenghe Resources from Sichuan, China, now holds a 30% stake in the mine. The resumption of production of Mountain Pass is inseparable from the technical support of Shenghe resources. Shenghe Resources also obtained the underwriting right of the Mountain Pass rare earth mine. That is to say, the Chinese will also take some of the income from the sale of rare earth mines in the United States. In addition to the United States, Shenghe Resources also owns equity in the rare earth mine in Greenland, which is expected to be gradually put into operation in the next few years. In the recent A-share market, the stock price of Shenghe Resources continued to rise by the limit and became the most beautiful cub in the rare earth sector. This is the reason. Once the demand for rare earths increases in the future, Shenghe Resources will provide sufficient supply increments and will not be restricted by domestic quotas. Mining the world's mines and supplying the country's high value-added industries is the trophy that the winner deserves. American scholar David Abraham wrote a book "The Elements of Power" to describe China's status in rare earths. He lamented that in 2015, he participated in a rare earth seminar in Lanzhou, China, with about 300 participants, but now there are no 300 rare earth experts in the United States. The advantage of China's rare earths has long gone from relying solely on the sky for food to a full-scale crushing of industrial capabilities. 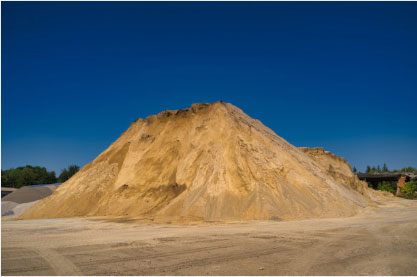