With rising pollution from burning fossil fuels and the need for energy steadily increasing, scientists and researchers are always looking for greener energy alternatives. A known “cleaner” alternative is hydrogen, though it still has its problems, from low-cost efficiency to releasing carbon dioxide. A study led by José Ramón Galán-Mascarós at the Institute of Chemical Research of Catalonia (ICIQ) may have found the way to eliminate the issues with hydrogen production. The key to the study? A small magnet. 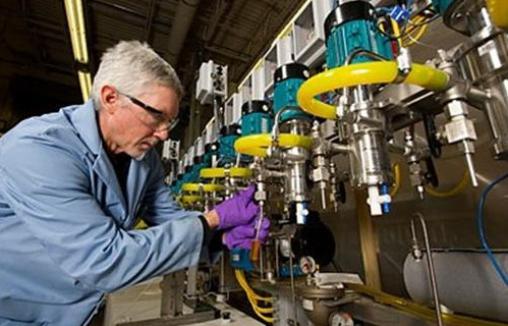 
Hydrogen can be produced multiple ways, one of which is through thermochemical processes. By using heat and chemical reactions, hydrogen is released from organic materials such as fossil fuels and biomass.  Another is through electrolysis -- Water (H2O) is split into hydrogen (H2) and oxygen (O2) using an electrolyzer or solar energy.
Thermochemical processes are currently the most cost-effective way to harness hydrogen. In fact, only about 4% of hydrogen is made using electrolysis, largely because it's very expensive to do so and the cost: hydrogen ratio is not profitable. Reducing the cost (or increasing the amount of hydrogen produced) can make hydrogen an economically viable fuel.


According to the World Economic Forum, Hydrogen has the potential to decarbonize electricity generation. Currently, almost all of global hydrogen (96%) is produced by reforming methane (CH4), a process which ultimately produces carbon dioxide. When produced by electrolysis, however, hydrogen production does not emit any carbon emissions. The problem, though, is the amount of hydrogen that can be produced using electrolysis depends on the cost and availability of electricity from renewable sources.


Researchers may have cracked the hydrogen code by doubling the hydrogen output of a water-splitting electrolyzer. They coated a nickel foam anode with magnetic nickel-zinc ferrite and used it in an electrolyzer. When they placed a neodymium magnet next to the anode, it roughly doubled the current density of the anode without requiring additional energy-- it also doubled the rate of oxygen production, which, in turn, caused an equivalent increase in hydrogen. "It's very, very beautiful," says Ron Naaman at the Weizmann Institute of Science, who has also worked on improving the oxygen-evolution reaction in water splitting.In this current research, the neodymium magnet’s field was about 0.4 Tesla, roughly 40 times stronger than a fridge magnet. Galán-Mascarós expects that other forms of magnets could achieve the same effect. His team is already in discussions with electrolyzer manufacturers and hopes to incorporate magnets into an industrial prototype electrolyzer.

This discovery could be the start of industrial production of hydrogen, which could lead to an economy that runs off of the gas powered by renewable energy. A specific example of how the change will impact the economy is in transportation -- cars running on hydrogen having a longer range and much faster refueling time than electric alternatives. While this is a big discovery, there is still much to learn before industries will be able to power up with hydrogen.