Restricting exports is "neither realistic nor necessary"

Another piece of news that disturbs expectations of the rare earth market is the industry's first legislation. On January 15, the Ministry of Industry and Information Technology publicly solicited opinions on the "Regulations on the Management of Rare Earths (Draft for Solicitation of Comments)", releasing signals for my country to regulate the management of the rare earth industry and promote the high-quality development of the industry. This management regulation has a total of 29 articles. Focusing on the management of total quotas, the management regulations have made a number of detailed regulations, such as: confiscation of rare earth products and illegal income for mining and separation without indicators exceeding the target, and imposing a fine of 1 to 5 times the illegal income; if there is no illegal income , Impose a fine of not less than 100,000 yuan but not more than 1 million yuan; if the circumstances are serious, it shall be ordered to suspend production until the business license is revoked by the market supervision and management department in accordance with the law.

The above-mentioned industry insiders told CBN reporters that on the basis of following relevant regulations in the previous industry, the management regulations have further strengthened the state's total quota management for rare earth mining and rare earth smelting and separation. However, many researchers believe that after the integration of the six major rare earth groups in China, the total indicator management should be withdrawn from the market as soon as possible, and the enterprise should rationally arrange its own production and operation to achieve a balance between market supply and demand. Therefore, this management regulation may be adjusted or postponed.

In addition to the total mining volume index issued each year, the import and export volume of rare earths is also the focus of the market. According to data released by the General Administration of Customs, China exported 35,400 tons of rare earth products in 2020, a decrease of 23.5% from 2019. Japan, the United States, and the Netherlands are the three countries with the largest amount of rare earth exports from China, and the three together account for about 70%. "The decline in exports last year was due to the impact of the epidemic in foreign countries and the decrease in demand, and the expansion of rare earth production capacity and the transfer of orders in Australia and other countries." Zhang Anwen, deputy secretary general of the China Rare Earth Society, analyzed. In response to rumors that China will restrict the export of rare earths, Zhang Anwen said that in 2015, China complied with WTO requirements and cancelled export quotas and export tariffs for rare earths. “I have never heard of any means to restrict exports.” He analyzed that from the perspective of market supply, the rare earth production capacity of Australia and other countries is steadily increasing. Therefore, it is neither realistic nor necessary to restrict exports. In terms of imports, China imported 0.7148 million tons of rare earth metals in 2020, a year-on-year increase of 178.26%; imports 47,700 tons of rare earth compounds, a year-on-year increase of 16.15%. Myanmar, Malaysia, and the United States are the main sources of imports. In 2020, China imported about 35,500 tons from Myanmar, accounting for 76.14%. However, the turbulent situation in Myanmar has made China's import volume in 2021 unknown, and the ranking of import sources may change. "Currently, the domestic supply and demand of rare earths are generally balanced, the light rare earths are backlogged, and the supply of medium and heavy rare earths is tight. From the perspective of the safety and stability of the supply chain, I think it is necessary to appropriately increase the total domestic rare earth mining indicators. After all, many There are political and environmental variables in the mining and export of rare earths in the country." Zhang Anwen said.

How long can the price rise?
According to data from the Business Society, since May 2020, the price of rare earths has started a new round of price increases. The prices of rare earths such as praseodymium and neodymium oxide have increased by around 50% since their lows. The four elements of praseodymium, neodymium, terbium and dysprosium required for the production of NdFeB magnetic materials have increased significantly. The domestic price of praseodymium and neodymium series rare earths continues to rise, the market price of terbium series has risen to a 10-year high, and the price of dysprosium series hit a 5-year high.

What is the main reason behind this round of price increases? "On the one hand, inflation has caused the prices of commodities to rise, and copper has risen more than rare earths. On the other hand, people generally believe that rare earths and clean energy are closely related, so they are optimistic, but there are actually hype elements." Xiamen University China Lin Boqiang, director of the Energy Policy Research Institute, believes that from the curve of the past year, the real substantial increase in rare earth prices began with China’s announcement of its carbon neutrality target. Lin Boqiang analyzed that although the surge in wind power installed capacity last year greatly increased the demand for rare earth permanent magnets, the factor of rush to install cannot be ignored. "This year's market demand is likely to fall short of last year's volume, and the mining index has increased. How can prices remain high for a long time?" He also admitted that the management regulations on environmental protection will increase the mining and mining of rare earth companies. It is logical that the smelting cost and the price increase appropriately. All things considered, the price of rare earths may fall back to a relatively normal level in the next period of time. "Excessive prices will curb downstream demand. Rare earth prices soared in 2011. Originally, end products such as inverter air conditioners could use rare earth permanent magnets, but they were forced to give up. Later, the price of rare earths plummeted. Isn't the lesson profound enough? Downstream companies can’t keep up and can’t stand it, so they will vote with their feet. Substitution and discontinuation (rare earth products) may occur, which in turn affects the upstream. This is not conducive to the long-term development of the industry and should be avoided." Zhang Anwen expressed concern. 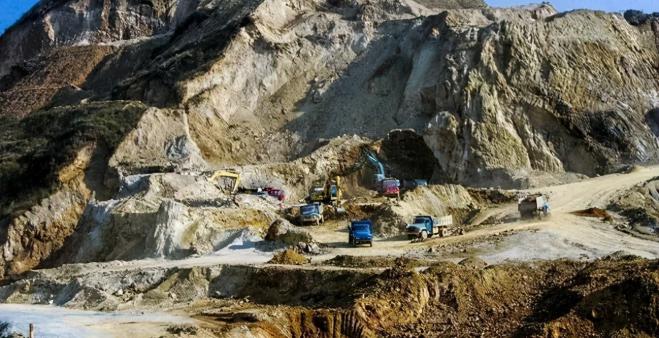