The weightlessness test is used to test the corrosion resistance of the NdFeB matrix. The sample is a magnet base material without any protective layer. The test sample is exposed to high temperature and high pressure water vapor environment. Weight loss refers to the mass loss per unit surface area due to corrosion of the orientation surface of the magnet, and the unit is mg/cm2.
Hast test and PCT test
The weightlessness test can be carried out in the Hast mode and the PCT mode. Many people do not know the difference between the Hast test and the PCT test. Let us first introduce the difference between the two tests. 1. Different test conditions: PCT is the abbreviation of pressure cooker test, which refers to high-pressure accelerated aging life test. It belongs to the saturated type. The humidity is 100% by default, and the temperature, humidity and pressure rise or fall at the same time. It is used to test the sealing of magnetic material performance and aging performance. Hast is an unsaturated type. The temperature, humidity (70%~100%), and pressure can be adjusted according to requirements. It can be tested for high temperature and high humidity, high and low temperature cycle, double 95, high temperature, high humidity and high pressure, which is also called aging test. 2. The test equipment is different. PCT test and Hast test have special test equipment, which cannot be mixed. In addition to testing the corrosion resistance of the magnet substrate, the PCT test can also test the corrosion resistance of the finished NdFeB product (product after processing and surface coating). Whether it can be tested within a certain period of time (12h, 24h, 72h, etc.) It is the evaluation index to ensure that there is no corrosion on the surface of the sample. Method of weightlessness test (manuscript submitted for review, recommended standard) The weightlessness test has now become the most direct reference index for evaluating the corrosion resistance and long-term stability of sintered NdFeB permanent magnets. It has been widely used by mainstream NdFeB manufacturers，and recognized by customers.

1. Test method
Put the sintered neodymium iron boron magnet sample that has been accurately weighed and dimensioned into a high-pressure accelerated life test box. After the sample is tested for a certain period of time under the action of high-temperature and high-pressure water vapor, the surface crystal grains react with water vapor electrochemically , Resulting in the crystal peeling off and the surface layer corrosion and pulverization; after the test, the sample is taken out, the loose corrosives on the surface are removed, and then weighed. The mass loss (and weight loss) per unit magnetic orientation surface area is calculated according to the mass change of the sample before and after the test.

2. Test sample
Shape: It is recommended to use the slicing method to process the sintered neodymium iron boron blank into squares. For those inconvenient processing into squares, it can be processed into cylinders by wire cutting. If the sample contains a protective layer, the protective layer should be removed by sanding. Size: When conditions permit, the following standard size samples are recommended: square 12×12×8mm, cylinder 13.5×8mm, and the 8mm direction is the easy magnetization direction. Surface cleaning: Use a dilute nitric acid solution to clean the samples. After machining the samples, you need to clean the surface of the oil stains (see the standard requirements for details). Sample quantity and placement requirements: the same batch of samples should not be less than 3 pieces, and 5 pieces are appropriate. The easy magnetization direction of the sample should be in the horizontal direction, and the easy magnetization surface should not contact the sample frame or support. The distance between samples is not less than 10mm.

3. Test conditions
The test specifies three durations, which should be selected based on the corrosion resistance of the sample and customer requirements. Tests have confirmed that most of the sintered NdFeB permanent magnet substrate samples under the HAST conditions at a temperature of 130°C and a relative humidity of 95%, the weight loss for 480 hours is close to zero, so the more severe 120°C saturation mode PCT conditions are used to evaluate the magnet substrate weightlessness is more scientific and can significantly shorten the time required for evaluation. 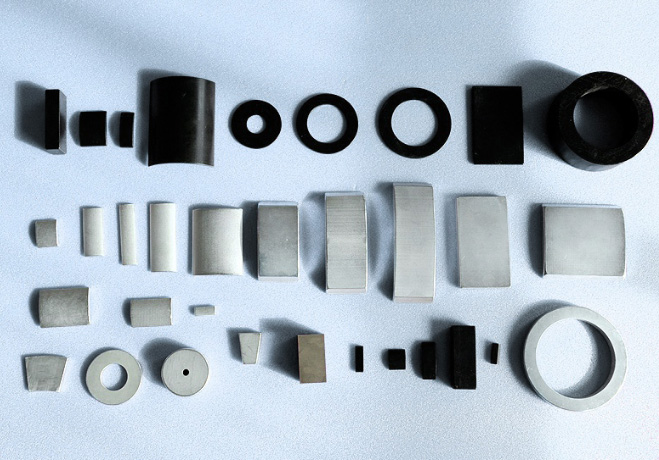