Use of Environmentally Friendly Chemicals to Recover Rare Earth Metals (2)

E-waste recycling is not the complete answer.Through e-waste recycling, once the service life expires, rare earth metals can be recovered from electronic products (such as mobile phones, laptop computers and electric vehicle batteries). For example, recovering them from electric vehicle batteries involves traditional hydrometallurgy (corrosive media treatment) and pyrometallurgy (heat treatment) processes. But these have several disadvantages.

Pyrometallurgy is energy-intensive, involves multiple stages, and requires a relatively high working temperature (about 1000°C). It also emits pollutants such as carbon dioxide, dioxins and furans into the atmosphere. At the same time, hydrometallurgy produces a large amount of corrosive waste, such as highly alkaline or acidic substances, such as sodium hydroxide or sulfuric acid. A similar recycling process is also applicable to other energy storage technologies, such as lithium-ion batteries. Faced with these challenges, we set out to find a sustainable method for recovering rare earth metals using electrodeposition methods. Electrodeposition has been used to recover other metals. In our case, we designed an environmentally friendly composition based on an ionic liquid (basic) system. We focus on the recovery of neodymium, which is an important rare earth metal. Due to its excellent magnetic properties, compared with other rare earth metals, its demand is very large. It is used in motors in automobiles, mobile phones, wind turbines, hard disk drives and audio equipment. Ionic liquids are very stable, which means that neodymium can be recovered without producing by-products, which will affect the purity of neodymium. The novelty of our research using ionic liquids for electrodeposition is the presence of water in the mixture, thereby increasing the content of the final recovered neodymium metal. Unlike previously reported methods, we can recover neodymium metal without using a controlled atmosphere and at working temperatures below 100°C. These are the key considerations for the industrialization of this technology. At this stage, we have conducted a proof-of-concept using a solution of ionic liquid and water on a laboratory scale, and neodymium can be recovered in a few hours in the most expensive metal form. We are currently considering expanding the process.

Important early steps.In time, our method can avoid the need to mine rare earth metals and minimize the generation of toxic and hazardous waste. It is also expected to help increase the economic return of e-waste. Importantly, this method can be applied to recover metals in other end-of-life applications, such as lithium-ion batteries, because the 2019 report predicts that European production will grow at an annual rate of 11%. Our research is an important first step towards establishing a clean and sustainable route for rare earth metal processing and reducing the pressure on these key elements. 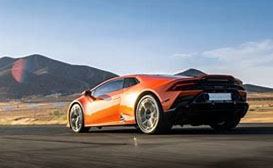