Sintered neodymium iron boron (Nd-Fe-B) is an important metal functional material. As the third generation rare earth permanent magnet material, it is called "magnet king" by scientific and technical personnel because of its good magnetic properties. By its energy conversion function and various physical effects,it can be made into functional devices of various styles. Sintered Nd-Fe-B has been widely used in many fields such as aviation and marine electronics and has become one of the important material foundations of high-tech, emerging industries and social progress. At present, some scholars have used this method to do some exploratory research on the magnetic properties of sintered NdFeB: For example, the samples of four grades of cylindrical sintered NdFeB products of 35SH, N40, 35H and N35 are placed side by side and taped. They stick together and their magnetic poles are in the same direction; use a non-magnetic sample scoop to hold the sample and soak it in liquid nitrogen for 20 minutes. After the cryogenic treatment, it is directly restored to room temperature in the air. It is concluded that the higher the remanence of low-coercivity permanent magnets, the better the effect of cryogenic treatment is, the better the effect of cold treatment of high-coercivity permanent magnets is. The application of the rotary kiln to the sintering of magnetic materials helps to meet and improve the requirements of high efficiency, energy saving, and environmental protection of magnetic materials. Sintered Nd-Fe-B is a brittle material, and its structural anisotropy and brittleness have brought great difficulties to the study of its physical and mechanical properties. Based on the experimental data of different scholars and manufacturers, researchers gave the approximate fluctuation range of the mechanical properties of sintered Nd-Fe-B. Because it is a brittle material, the measured experimental data has greater dispersion. Although there are many researches on sintered NdFeB, the addition of alloying elements is generally used to change its magnetic and mechanical properties. At the same time, some scientists have modified it by using the principle of cryogenic cooling and achieved some research results. However, the comprehensive mechanical properties of sintered NdFeB are not high enough, which limits the use in many fields. If the plastic toughness of the sintered NdFeB magnet is improved while the magnetic properties are improved or unchanged, it will play a greater role in the military, aerospace, high-speed motors and other fields, so that sintered NdFeB enters a new period of development. 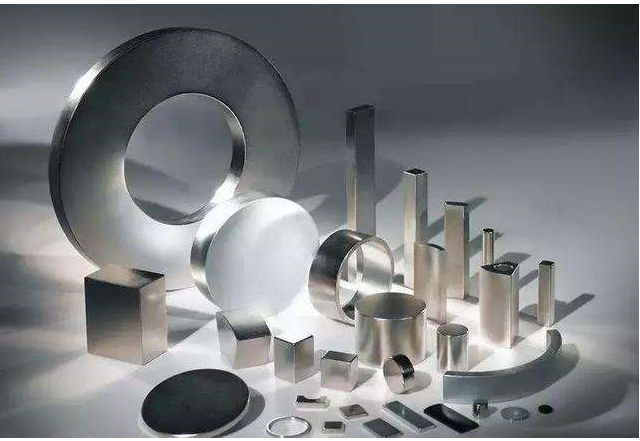