The magnet array is a scientific experiment that can collect dust on the Mars rover, spirit and opportunity. The magnetic particles in Martian dust are only a small part of the past of the red planet. Magnetic arrays collect dust for analysis with scientific tools to identify its composition and provide clues about the history of dust particles.

Technical specifications: The main task is to collect dust in the air for analysis by scientific instruments.

Location: There are seven magnets on each rover: the rock abrasion tool (RAT) carries four magnets; two magnets (a capture magnet and a filter magnet) are installed on the front of the rover. Considering Pan Kai, another magnet (sweeping magnet) is installed on the top of the rover deck. The size RAT has four magnets with a diameter of 0.27 inches (7 mm) and a thickness of 0.35 inches (9 mm). The two magnets at the front of the rover are both ~1 inch (25 mm) in diameter. The diameter of the magnet on the rover deck is 0.35 inches (9 mm).

Magnet use Capture magnet: designed to be as strong as possible so that it can capture any magnetic particles in the range.

Filter Magnet: Designed to mainly capture the most magnetic particles.

Sweeping magnet: designed in a way that only allows non-magnetic particles to settle in the center of the magnet.

RAT magnet: designed to detect magnetic minerals in the rock material discharged from the grinding process.

Magnetic array instrument, Mars is a dusty place, some of which have strong magnetism. The magnetic minerals carried in the dust particles may be freeze-dried remnants of planetary water in the past. Regular inspections of these particles and how they accumulate on magnets of different strengths can reveal clues about their mineralogy and planetary geological history.

Each rover has three sets of magnetic targets, which collect dust in the air for analysis by scientific instruments. The rock grinder (RAT) carries a set of magnets. When RAT is ground into Martian rocks, scientists have the opportunity to study the characteristics of the dust on the outer surface of these rocks.

The second set of two magnets are installed at the front of the rover at an angle so that the non-magnetic particles will easily fall off. These magnets can be analyzed by Mosbauer and Sydney Stock Exchange instruments. In view of Pan Kai, the third magnet is installed on the top of the rover deck. This magnet is strong enough to deflect the path of magnetic dust carrying wind. 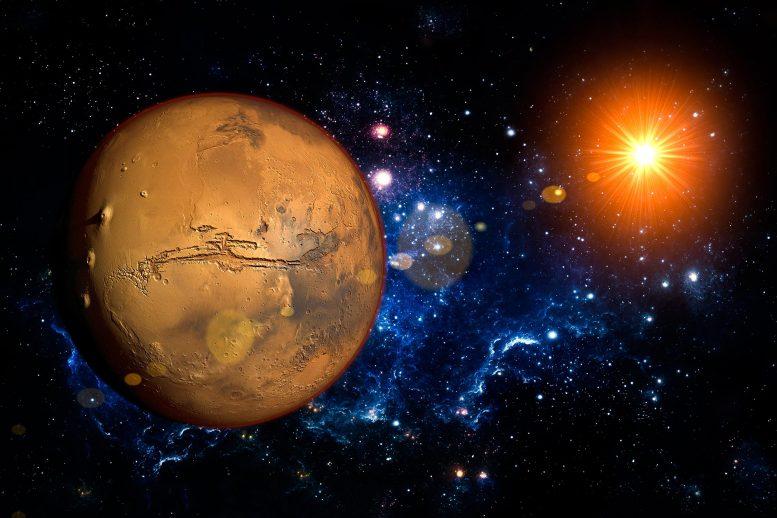